Portrait of the International Press

Pierre lives in Lomé, the capital of Togo. For the past few months, he has been communicating with us and is collaborating on some of our projects as a volunteer. In this testimony, Pierre discusses the story of his cousin and the tragic reality surrounding HIV/AIDS in the LGBTQ+ communities of Togo. Thanks to his words and his courage, Pierre opens a window on the nightmare that the people who live with what he calls the ‘‘divine punishment’’ experience. Discover the cry of the heart he sends out to the members of LGBTQ+ communities all over the planet.

Receiving the news is more terrifying than the illness itself.

Similar to what happens in many countries in the world, the risk of contracting HIV/AIDS is 4 to 6 times higher in the LGBT community compared to the general population in Togo. The saddest part in this story is that the evil still persists while more and more homosexuals are infected by the virus.

Why is this happening?

Here are the reasons, and my personal experience.

The fear of learning that one is HIV positive kills us more than the illness itself as this concern prevents us from getting tested. This fear comes from the idea of having to face others if ever we are positive. In fact, being HIV positive is horrible, but it’s even worse if you’ve contracted HIV following homosexual intercourse.

HIV is seen as a divine punishment, a consequence of homosexuality, which is considered as being against nature. In certain families, it’s better if the sick person dies because living with HIV/AIDS is an embarrassment that may tarnish the family’s image.

This is the sad story of one of my cousins.

It happened in 2005. I was still young, and I didn’t understand much at that time. Growing up allowed me to understand what had really happened to him.

My cousin was a women’s hairstylist. He was someone who excelled in his career as he was amazing at his job. He was homosexual.

At a certain point, he became seriously ill and, following testing, we realized he was HIV positive. You can’t even begin to imagine what he went through.

Every day was filled with derogatory remarks. Every second, his flaws were highlighted. The whole neighbourhood knew about his illness. Because of this, he stayed locked in his room.

Even if he was receiving treatment, his spirits were low as he was not receiving any moral support during this difficult time of his life. The worst part was that he had lost all his clients because of the disease. Therefore, he was also experiencing financial difficulties.

It became so hard to bear that my cousin couldn’t take it anymore.

Unfortunately, one morning, he was found lifeless in his room. He had taken many pills from his medication and passed away due to an overdose.

We were told he died from AIDS when in reality, he had died because of major depression caused by the horrible treatment he received from the people around him because of his homosexuality.

There you have it.

This is what still happens to many homosexual people in the same situation as my cousin. Imagining what they could have to go through prevents a lot of people from the LGBT community to get tested here, in Lomé.

Allowing this fear to consume us is in no way the solution. Refusing to get tested because of fear only increases our chances of being exposed to HIV/AIDS multiple times: when we don’t get tested, we risk our lives and that of others.

Being gay in Lomé is already hard enough for us, so let’s try to protect each other within our community. That’s a display of solidarity.

If we get rejected from the outside, let’s love ourselves from within the community by getting tested for HIV/AIDS.

Let’s do everything to support HIV positive people from the LGBT community of Lomé! Let’s stop discrimination in the community! We have the choice to decide our future, so for it to be bright, let’s act now against HIV/AIDS in Lomé’s LGBT community and everywhere else in the world.

For any question or concern related to HIV, prevention methods or to find a screening clinic, please consult the following resources.

For any question or concern related to HIV, prevention methods or to find a screening clinic, please consult the following resources. 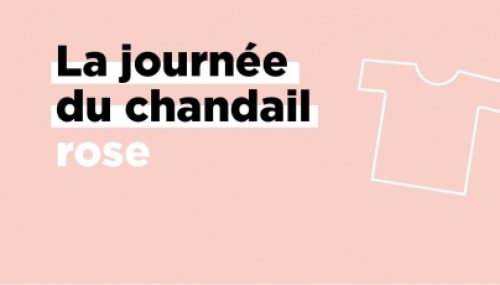